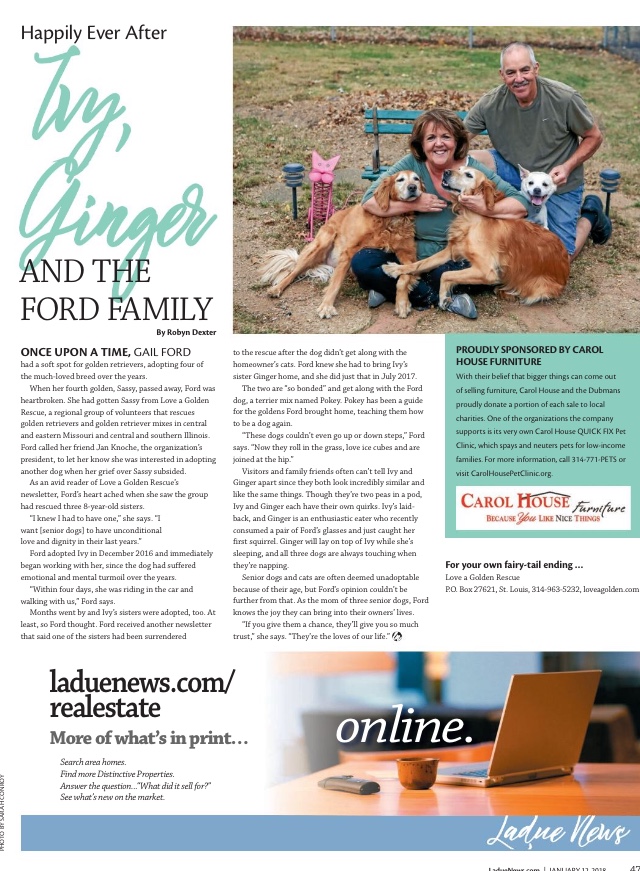 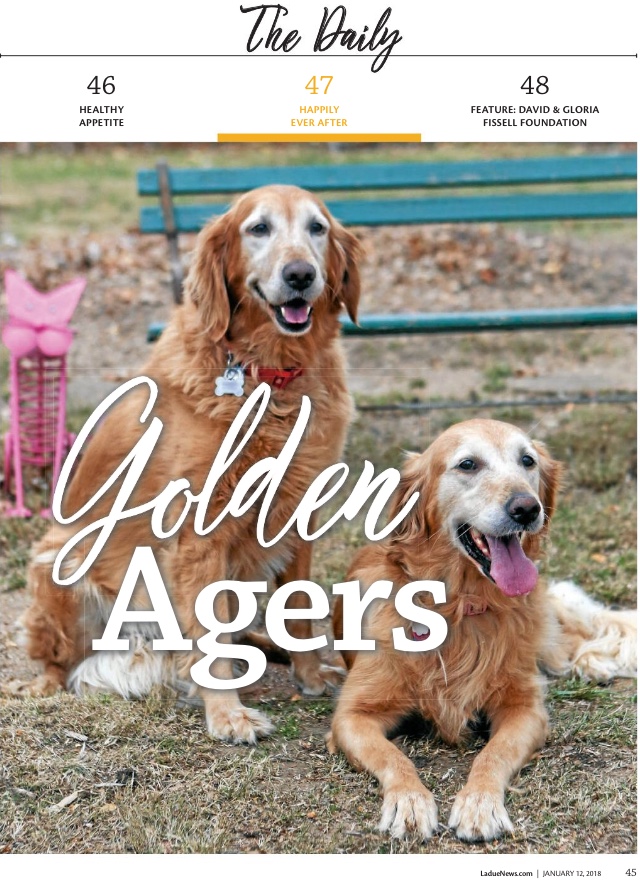 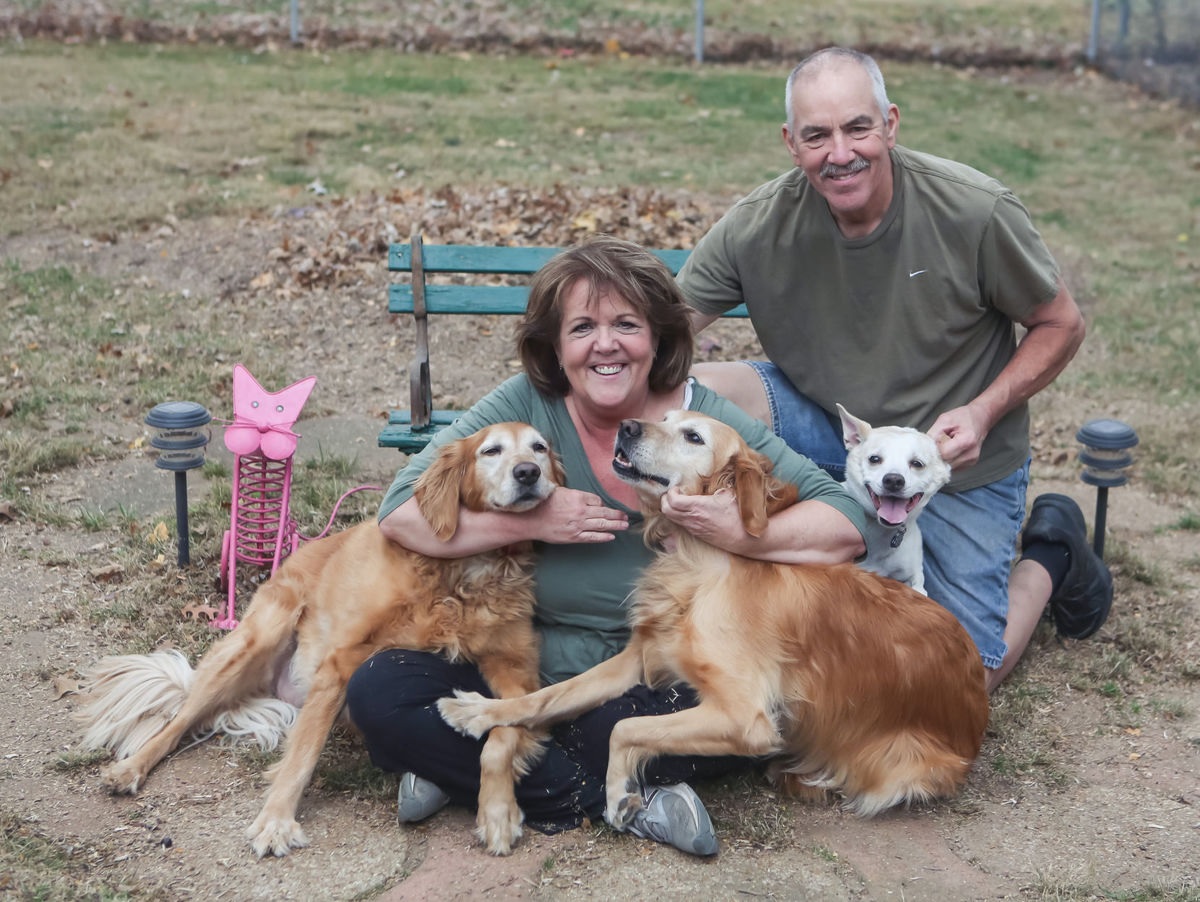 Once upon a time, Gail Ford had a soft spot for golden retrievers, adopting four of the much-loved breed over the years.

When her fourth golden, Sassy, passed away, Ford was heartbroken. She had gotten Sassy from Love a Golden Rescue, a regional group of volunteers that rescues golden retrievers and golden retriever mixes in central and eastern Missouri and central and southern Illinois. Ford called her friend Jan Knoche, the organization’s president, to let her know she was interested in adopting another dog when her grief over Sassy subsided.

As an avid reader of Love a Golden Rescue’s newsletter, Ford’s heart ached when she saw the group had rescued three 8-year-old sisters.

“I knew I had to have one,” she says. “I want [senior dogs] to have unconditional love and dignity in their last years.”

Ford adopted Ivy in December 2016 and immediately began working with her, since the dog had suffered emotional and mental turmoil over the years.

“Within four days, she was riding in the car and walking with us,” Ford says.

Months went by and Ivy’s sisters were adopted, too. At least, so Ford thought. Ford received another newsletter that said one of the sisters had been surrendered to the rescue after the dog didn’t get along with the homeowner’s cats. Ford knew she had to bring Ivy’s sister Ginger home, and she did just that in July 2017.

The two are “so bonded” and get along with the Ford dog, a terrier mix named Pokey. Pokey has been a guide for the goldens Ford brought home, teaching them how to be a dog again.

“These dogs couldn’t even go up or down steps,” Ford says. “Now they roll in the grass, love ice cubes and are joined at the hip.”

Visitors and family friends often can’t tell Ivy and Ginger apart since they both look incredibly similar and like the same things. Though they’re two peas in a pod, Ivy and Ginger each have their own quirks. Ivy’s laid-back, and Ginger is an enthusiastic eater who recently consumed a pair of Ford’s glasses and just caught her first squirrel. Ginger will lay on top of Ivy while she’s sleeping, and all three dogs are always touching when they’re napping.

Senior dogs and cats are often deemed unadoptable because of their age, but Ford’s opinion couldn’t be further from that. As the mom of three senior dogs, Ford knows the joy they can bring into their owners’ lives.

“If you give them a chance, they’ll give you so much trust,” she says. “They’re the loves of our life.”

FOR YOUR OWN FAIRY-TAIL ENDING …